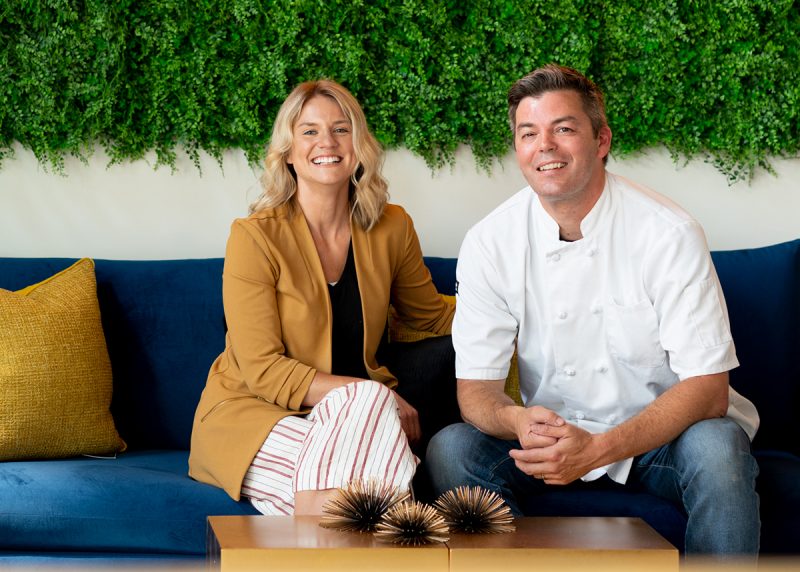 When chef Owen McGlynn and his wife Mindi, and their partners Mercy and Russell Joseph, signed the lease on a high-profile slice of downtown Asheville’s iconic Grove Arcade in the summer of 2019, they were prepared for a significant amount of work to transform a Thai-themed restaurant into a refined, upscale, live-fire steakhouse.

“Mindi and I had a business plan for a restaurant for about five years,” McGlynn says. “Once we found the space, we knew we would have to entirely revamp the existing kitchen and demo the dining room to achieve our vision.”

What they had no way of knowing was that all of their planning would be upended by a worldwide pandemic. “We had hoped to open in February, then everything was shutting down, so we pushed it to April, and things were still shut down. Finally, we just said we need to open. Because COVID protocols are all we have known since we opened in August 2020, we felt like it was all up from there.”

Despite the uncertainty of the times, the team also felt confident in their collective experience in the industry, and McGlynn’s kitchen cred. After studying both culinary and management at Johnson & Wales in Charleston, he took a position at seafood-driven Anson restaurant, worked with noted Charleston chef Mike Lata, spent four years at High Cotton, then moved to Greenville to open High Cotton there.

“My development as a chef came in kitchens,” he says. “You learn the basics in culinary school stocks sauces, techniques—then everything else is cooking and putting in the work. I would go in on my days off to learn how to butcher a pig or a whole fish or make a special. Hard work pays off.”

On the other hand, leisure trips to Asheville led to a move to the mountain city in 2011, where he was opening chef for Storm Rhum Bar & Bistro. He brought his skills with seafood, a southern influence and some French flavor to that restaurant and studied Asheville’s restaurant landscape for where and how he could stake a claim.

The answer—and the opportunity—seemed obvious to him. What Asheville was lacking was a locally-owned, locally-sourced steakhouse.

He was not unfamiliar with the basic genre. The second of six children—all boys until a girl completed the sextet—who grew up in Cleveland suburb Lakewood, McGlynn says the family of eight rarely went out to eat. When they did, it was to a place called the Ground Round. “For kids, you’d pay what you weigh,” he says with a laugh. When it came to special occasions, like a grandparent’s birthday, they’d go to the Brown Derby steakhouse in Cleveland.  Otherwise, his mother cooked and his dad grilled.

While studying business at Bowling Green State University, McGlynn began working in restaurants, and his career trajectory took an abrupt detour. “I loved it right away, the atmosphere, the pressure, it was just fun. I worked all the time, front of house, back of house. But I loved the kitchen, I loved the pressure of 300 steaks a night.”

That would be at Trotter’s Tavern, an Irish-owned steakhouse known for a specialty called the Brown Jug, a dish McGlynn still remembers fondly. “It was a filet; the Little Brown Jug was 8 ounces and the Big Brown Jug was 16. We’d broil them to temp, make a sauce of butter and Worcestershire and serve them on one of those cast iron flat skillets we’d heat in a 500’ oven. They were really good. I can still remember the taste of them.”

No big or little brown jugs at Asheville Proper, named to honor the McGlynn’s intention to create a timeless, classic, sophisticated restaurant, with a dining room that reflects the Arcade’s Art Deco style. Central to the menu is the unique woodburning Argentinian-style McGlynn designed with NorCal Ovenworks, that draws curious peeks through the window from pedestrians on Page Avenue and wafts seductive scents into the dining room and all the way to the covered patio. “We try to touch everything to the grill and every dish with some aspect of char or smoke, whether it’s on the big grill, or a basket for vegetables we set right in the embers or little hand grills for octopus and fish.”

Fish—sourced and delivered from Charleston’s Abundant Seafood —is indeed an option, as is duck, but the primary lure is beef from several local ranchers. Bigger cuts like porterhouse and tomahawks are popular, as is the wagyu rib eye, flat iron and culotte, and in-house dry-aged filet and strip.

Away from the restaurant, McGlynn keeps the home fire burning. On Christmas, he set up his KUDU wood grill rig in the driveway to make dinner for his wife and their four children. “They’re great grills, they come with some grates and a big cast iron skillet, and they break down so we can take it with us when we camp.  You can even make a bonfire in them. The kids love it.”

Kay West has been writing professionally for over 30 years in New York, Nashville, and, since 2019, Asheville. She has a particular affinity for all things food, and currently contributes to that beat for Mountain Xpress, Edible Asheville, and Eater Carolinas. She can be contacted at kswest55@comcast.net. 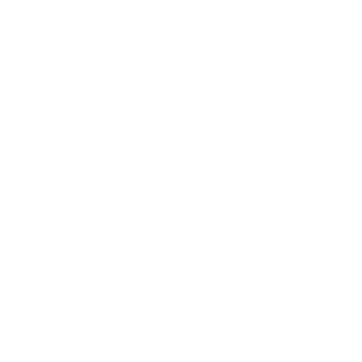